I'll immediately send you FREE printable journal prompts to help you cultivate your resilience during COVID-19. I will never share your email & you can opt-out any time. 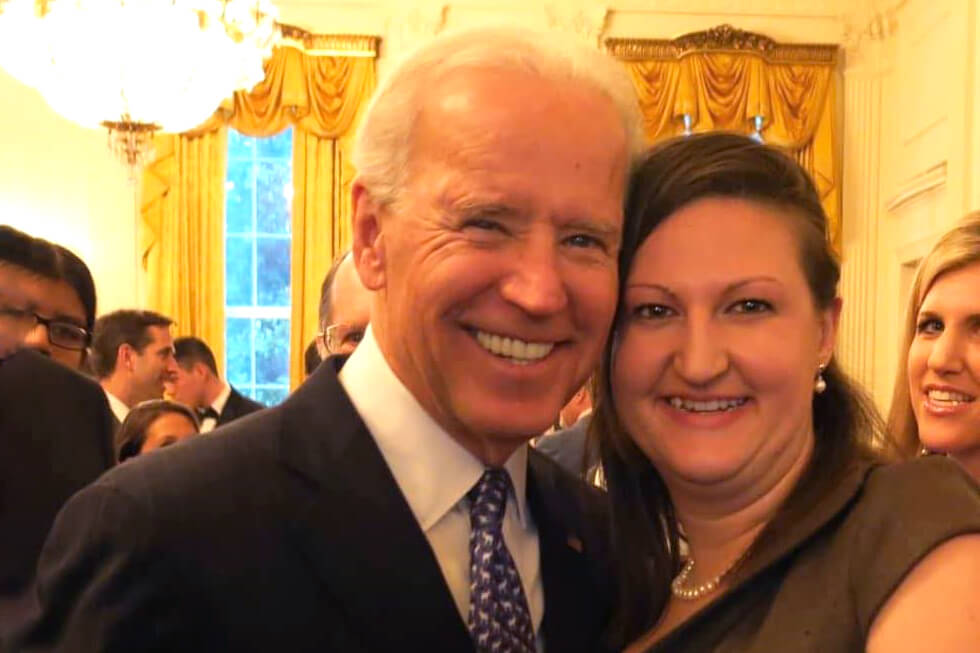 5 Ways To Take Care of Yourself During The 2020 Election (While Being Engaged & Involved!)

There’s often an idea in spiritual communities that politics and living a spiritual life are not aligned. I disagree. My relationship with God is the most important relationship in my life. It is often precisely because of my relationship with my higher power that I am guided straight into the political fray. I’ve never hidden that political involvement is a place where I can put one of my deepest spiritual beliefs – that we are all connected spiritually and obligated to love and care for one and other the way that God loves and cares for us– into practical, real-world manifested reality through politics and social justice action.

I’ve been heavily involved in every Presidential election since 2008 – to the point I flew to Ohio in 2012 and Pennsylvania in 2016 (both on my own dime) to knock on doors and get out the vote for Obama and then Clinton. I’ve volunteered on US Senate Races, Congressional Races, Governors Races, and local races. I’ve been to more fundraisers than I can count (and have hosted them, too). I’ve had good friends run for major offices. In fact, one of my very close friends is even running for Congress right now (and damn, I’m so proud).

In 2020 I believe that it is more important than it has been in my entire life to get involved. If we love God, if we believe in good, and if we live in light, then we need to step up and participate in this year’s elections in a way that works for us.

For me, that will mean knocking on doors, making phone calls, and raising money. For you it may mean something very different. Perhaps for you paying attention to your options and voting will be a huge leap forward this year. And that’s great if that’s where you are. I’m proud of you for taking that leap! Our fundamental values as decent humans are under assault right now. The very essence of our Democracy is at risk. Our planet is in peril. And the vile hatred and divisions we witness every single day are have some extremely terrifying long-term implications for both our country and the entire world if we don’t do something about it. A spotlight has been turned on to show us the problems that must be solved in our nation, and now it is up to all of us to solve them through real action.

Part of being informed and involved tends to mean emotional investment. It’s usually inevitable. Because I have been called to political involvement in one form or another for my entire adult life, I am no stranger to the emotional and energetic tolls an election can take.

While I believe that being an informed, voting citizen is vital to a well functioning democracy, I also have felt first hand the toll that putting politics over self-care and personal well-being can have on our lives. I’ve watched political involvement harm my friends’ physical health, emotional stability, mental health and overall well-being. Heck, at points in time, I think it’s harmed mine.

Over the past dozen or so years I have had to learn how to balance being engaged with the candidates and issues I care about with taking care of myself and my own well being at the same time. And I can tell you – it IS possible.

Participating in the process, standing up for what is right, and operating on the side of the light doesn’t mean that we have to absorb the toxic rhetoric, dark fear mongering, and stoking of anxieties about the worst possible scenario of where our country could go (the bad part of politics that unfortunately happens on both sides of the aisle) as a part of who WE personally are as people.

Participating in the process does not mean we have to live in constant fear of the worst case scenario happening, or the opposition winning.

So, on this Super Tuesday 2020 – as things are starting to really heat up—I wanted to share 5 of my own tips for balancing being an informed and politically engaged citizen with personal well being during an election:

Constantly remind yourself that the world won’t end and you probably won’t personally dramatically suffer if the person or party you want to win doesn’t. The world will keep spinning all the same, and no matter who wins, you WILL be okay.

You (yes YOU) have a lot of control over your personal reality. I’m not saying nothing will be different depending on who wins, but don’t emotionally hand over control of your life to anyone else or any political party.

Tip 2: REMEMBER YOU ARE NOT PERSONALLY RESPONSIBLE FOR THE OUTCOME OF THE ELECTION

There are a whole lot of people that work on a campaign. There are a whole lot of external circumstances you can’t control, too. Even the candidate themselves often has very little control. It takes an army of supporters to get someone elected, which is why it’s important to get involved. But remember that at the same time, the final outcome is not your burden to hold.

Tip 3: TURN OFF THE NEWS WHEN YOU’RE GETTING OBSESSED.

Stop refreshing Twitter and Facebook, too. When you start paying close attention or getting involved in a campaign, it gets very easy to follow every detail of what’s happening. When you start noticing you feel like you HAVE to know what happened within the last 15 minutes, put down your phone and turn off your television.  Go get some fresh air, take a bath, or go to a yoga class instead.

Also remember that what may seem massive or catastrophic in the moment will likely be completely forgotten in a few days, so don’t stress like crazy over every single little thing. The news cycle is captivating, but at the end of the day, so much is really going to come down to the get out the vote ground game.

Tip 4: DO NOT GET INTO POLITICAL ARGUMENTS WITH PEOPLE WHO DO NOT AGREE WITH YOU.

You will never win the arguments anyway. Share your passion and love for your own candidate or issue without tearing down other people’s views when they differ. Your energy will go a lot further and stay a lot healthier when you use it to inspire action from those who just need to see your light as a beacon rather than to try and change someone’s mind that you’ll likely never change anyway.  This rule goes for people on the same side of the aisle as you just as much as those on the other side, too. Sometimes we’re so dang rooted in our perspective that we can’t see we’re tearing down people who pretty much agree with us already!

A positive vision of what you desire is infinitely more inspiring, powerful, and emotionally healthier for you than focusing your attention and energy on the anxiety and fear of what happens if we don’t get it.

No matter how passionate or involved you are this election season, you CAN take care of yourself throughout the process, too. I truly believe in this for you.