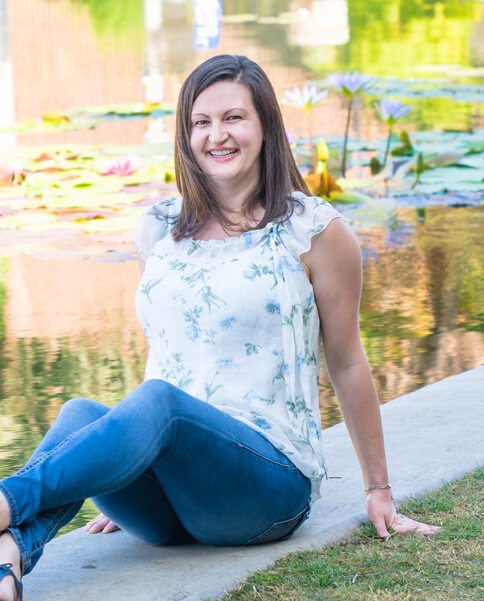 Through a wide ranging and unique set of spiritual gifts, Atlanta intuitive Nicole Leffer receives and translates personally tailored and guided information about past, present and future situations and life events. This is possible because Nicole is naturally able to connect directly to an individual’s higher guidance and the divine, wise and loving source/energy that supports all of us throughout our lives.

When receiving information she is essentially connecting to the same loving wisdom that an individual’s personal intuition connects to, however her ability to receive and translate this information is much more finely tuned and refined than the average person’s is.  She sometimes also connects with an individual’s loved ones who have passed away.

She receives intuitive information primarily via intuitive seeing (clairvoyant), intuitive hearing (clairaudient), intuitive knowing (claircognizant) and intuitive feeling (clairsentient) impressions.  The information she receives can be related to personal internal and external situations or events, as well as to interpersonal relationship dynamics. She often picks up on connections (including those that have not yet entered your life), and she is also able to use her senses as an empath to feel the emotions others are experiencing.  On a rare occasion she may also receive information via her sense of smell or taste, however those impressions come less frequently.

Nicole is able to connect her gifts to work with a specific individual either in person or remotely (via phone or video chat) when a mutual intention for a connection has been set. Mutual intentions are always set that all information and communication received in a reading is divinely guided and for the individual receiving the reading’s highest good.

In a coaching relationship Nicole utilizes her gifts to ascertain an understanding of the personal lessons that need to be learned at this time in life in order to grow as an individual, overcome obstacles, meet goals, and thrive.  In this setting she utilizes a combination of her connection to intuitive guidance and her deep personal knowledge and understanding of universal spiritual principles that appear throughout most faith traditions to aid in an individual’s personal and spiritual growth.

Outside of a reading or coaching setting, Nicole regularly receives intuitive guidance in her own life (as well as for her friends and loved ones) and she has been known to pick up on world events before they happen.  She’s also quite good at knowing that her friends are pregnant (or that they are going to marry the person they’re dating) before they do.

While Nicole has been spiritually gifted her entire life, she was not consciously aware of how connected she was until her early 30’s when she began a regular mindfulness meditation and yoga practice.  Because intuitive impressions in everyday life often happen quietly in the background of her mind and are fleeting and often out of context – and because she often picks up on events far in advance – it took the more tuned-in awareness of her thoughts that came with these practices for her to start recognizing how intuitive she is.

Once Nicole recognized and began exploring and understanding her gifts, experiences from her entire life began to make a lot more sense. As a young child she believed that everyone dreamt their life as a baby so they would know if they wanted to do anything differently.  She frequently questioned whether something was ‘really’ happening or just a part of the ‘baby dream’ when was young.  She now knows that this was her way of explaining her premonitions and intuition to herself as a child.

In her early teens, Nicole remembers attending a concert at Centennial Olympic Park in Atlanta the night before the infamous park bombing. She was standing in the same location that the bomb was fated to be located the next night.  When she awoke the morning after the concert she was very confused because she knew that there hadn’t been a bombing while she was there, but also thought there had been a bombing in the park where she was standing the night before.  The tragic event occurred that very night. A year later she thought that Princess Diana had been killed in a car wreck while being chased by paparazzi – a week before the death occurred. And when a dear friend tragically passed away in high school she remembers a vivid visitation a few nights later. At the time she believed it was an intense dream, however she now knows this experience was actually really her friend coming to let her know she was alright.

While no religion ever felt quite ‘correct in how it’s taught’ to Nicole, intuitively she has always known there was significantly more to life than we see on the surface, and she has always identified with the mystical spiritual traditions and belief systems of the world.

As Nicole begun to realize she was picking up on world events as an adult, memories of her childhood and teen experiences stood out to her and made her realize she had always picked up on events before they occurred and has always been deeply connected to something bigger than herself.

Her journey to learning about and accepting her gifts wasn’t overnight or easy – at first Nicole believed she was going crazy and she was extremely skeptical of herself. She began recording anything she thought may be a premonition, and it took many many many validations that she could see in writing for her to begin to accept that this was really happening.

When Nicole finally accepted her gifts she began exploring the increasing internal call to utilize her own spiritual connection to help others. When she gave her first readings to complete strangers at a friend’s party she was more stunned than the people she was ‘reading’ that she could pick up such detailed, validated and healing information for people she had never met and knew nothing about.

The rest is history…and the future.