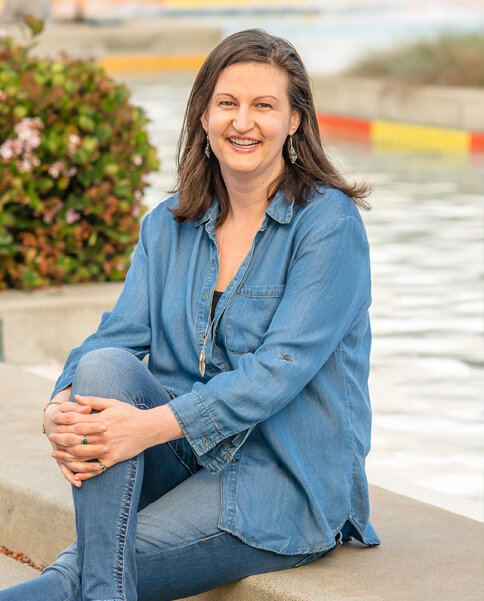 Nicole’s successful background in executive leadership, business, journalism, and politics, combined with her service work and vast travel experience, adds a unique depth of perspective to her coaching.

Born in Southern California, Nicole spent most of her childhood growing up on a ranch in a small town in Colorado before moving to metro Atlanta at 12.  She went on to swim for the Division I swim team at UNC Wilmington where she graduated with a BA in Psychology (a course of study that is an invaluable asset in her coaching work).

Nicole has always been able to intuitively see and create opportunities for herself and others. When Nicole needed to make money the summer after her sophomore year of college she created a personally curated visitors guide, sold advertising, and then walked the beaches of Wilmington personally distributing over 8,000 copies of the guide.

Meanwhile, Chocoley was also growing.  When Nicole brought the lessons she learned at both magazines back to her own business it didn’t take long to build Chocoley into a million dollar+ a year food company listed in the Top 1,000 e-commerce sites in the United States. Nicole had (along with her family) done what very few entrepreneurs – especially young female ones – ever accomplish: Her chocolate ingredients company had broken the million dollar a year mark before she was even pushing 30!

During her leadership tenure, Chocoley produced over $13 million in total revenue and served tens of thousands of business and consumer customers – a huge accomplishment for a company that started out of a living room on a college kids’ personal credit cards.

It turned out that being naturally intuitive, plus being a natural relationship and coalition builder, plus having the right motivations (greater service), plus being an entrepreneur was a really good combination for political fundraising and political leadership in general.  Before Nicole knew it she was a member of President Obama’s “Victory Trustees” (a branch of his National Finance Committee) and she was attending The President and Vice President’s events all over the country. Both President Obama and Vice President Biden began to recognize her. She quickly became friends with and an informal adviser to US Senate Candidates, and Gubernatorial Candidates, Mayoral Candidates, and business and political leaders all over the country.  She was hosting events, and even spoke at an event she created that was headlined by an A-List movie star and Dr. Jill Biden.

Nicole is passionate about equity, social justice and anti-racism. She mentored a “little sister,” served on the leadership council for Year Up Atlanta (an organization committed to closing the opportunity gap through career training and job placement), has participated in multiple Atlanta leadership programs centered around diversity, equity, and social justice, and has served as a leader in social justice initiatives through her temple. She has also been very involved with multiple voting rights initiatives and projects.

Outside of her professional and service life, Nicole is an avid traveler. She has spent time in most U.S. states, and over 40 countries on six of the seven continents, and is passionate about seeing real life and gaining perspective everywhere she visits.  She is also a photographer (she especially loves taking travel photographs). (You can view some of her favorite photos here).

And of course, Nicole is deeply committed to her own ongoing personal development and growth.

She meditates daily, prays morning and night, reads extensively, and practices yoga multiple days a week. Family is also extremely important to Nicole and a high priority in her life.